If you love to collect and decorate your home or apartment with vintage 1970s decor, then one of the best investments you can make is to buy vintage 1970s chairs online.  Chairs anchor a room’s design in more than one way, and the look of the 1970s furniture design is very clear in chairs from that era.

Whether you are looking for dining room chairs, a dinette set, or comfortable lounge chairs or overstuffed chairs, you can find some pristine vintage 1970s chairs on Ebay and Etsy, and it is a great place to search for both styles and colors of the 1970s design period because of the range of what is available.

This article is just an introduction to the types of 1970s chairs that you can find on Ebay and Etsy, but if you look through the designs that I have selected, you will have a feel for the home and office decor style of the 1970s, and a good direction to start searching. 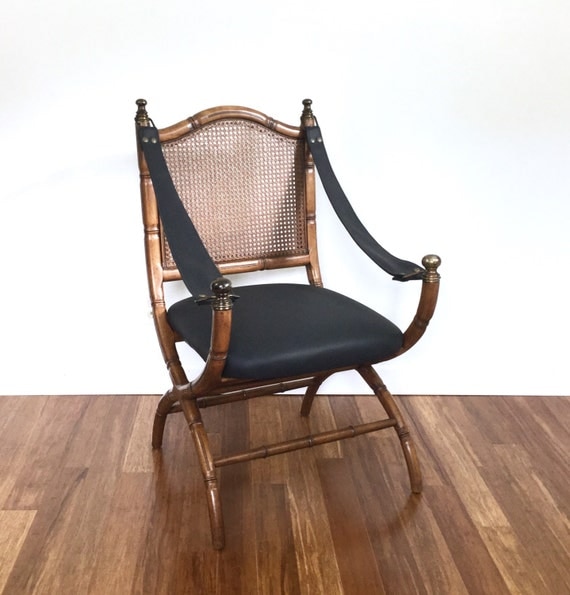 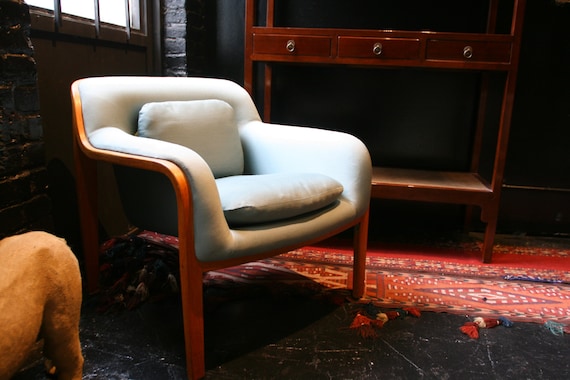 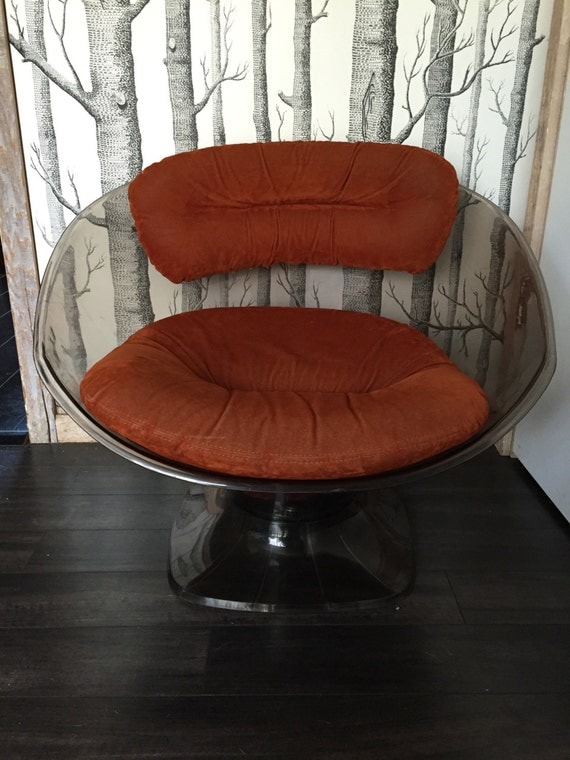 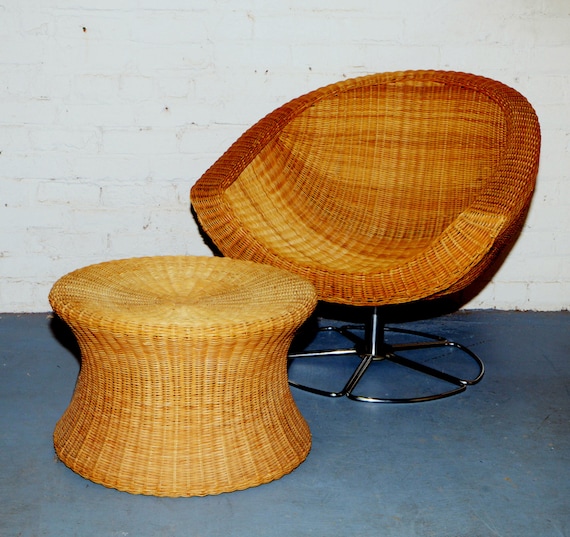 Office chairs in the 70s were cushioned swivel chairs that molded to the body, making moving from task to task simple.  Big desks were also popular during this era which made a lot of movement necessary, so often these chairs also had wheels or castors to allow them to roll. 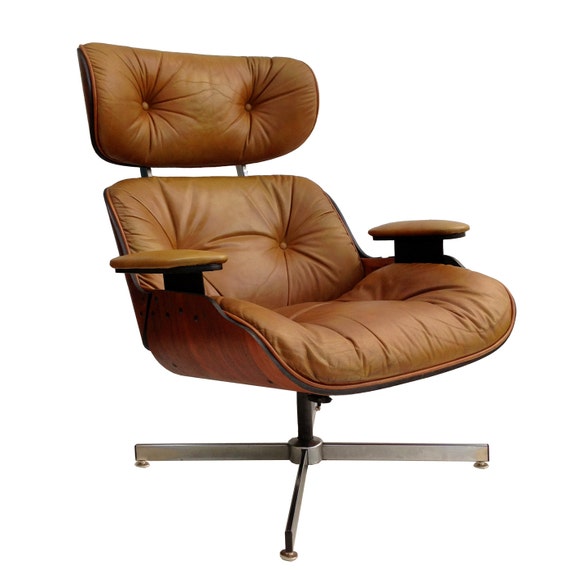 Upholstered Lounge Chairs in the 1970s 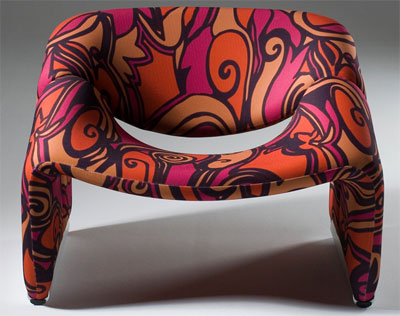 Comfort was a very big part of the 1970s, and so was color, so most of the upholstered lounge chairs of the 1970s are big, are comfortable enough to sleep in, and are very colorful.  The 1970s boasted fabulous color schemes, in bright red and oranges, and blues, purples and greens, swirled together in psychedelic arrays.

The fabric pattern on the chair pictured above is the perfect example of psychedelic styling of the 1970s.  Fabrics were often faux fur, or other very soft fabrics, and chairs were overstuffed to the max, and flexible.  This was the era of bean bag chairs that were in just about every home, and came in every color imaginable. My home at the time had one red bean bag chair in my bedroom, and one black bean bag chair in our den. 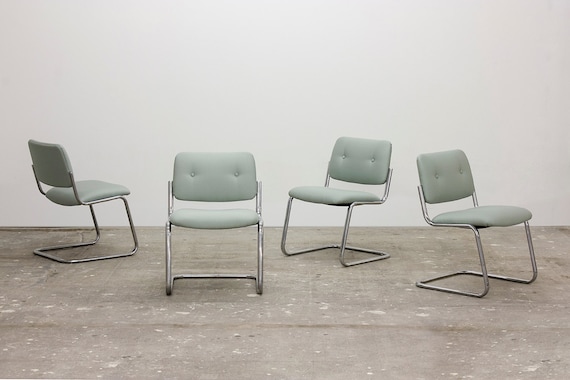 Straight lines were pushed aside in furniture design, replace by half circle and circle shapes leading to the space age look of half circle shaped chair seats. There is a perfect example of this type of chair in the movie Men in Black in the scene where Will Smith is taking the written test for entry into the agency. The entire chair is shaped in an egg shape. Not all of the mod chairs of the 1970s were quite that encompassing, but there were many half circular shaped chairs.

Another big addition to chairs in the 1970s was chrome. Chrome had a modern, space age look to it, and chairs of all types had chrome added to arms, legs, and chair frames. This was particularly evident in kitchen dinette sets, and can be found today in a lot of retro era designs. 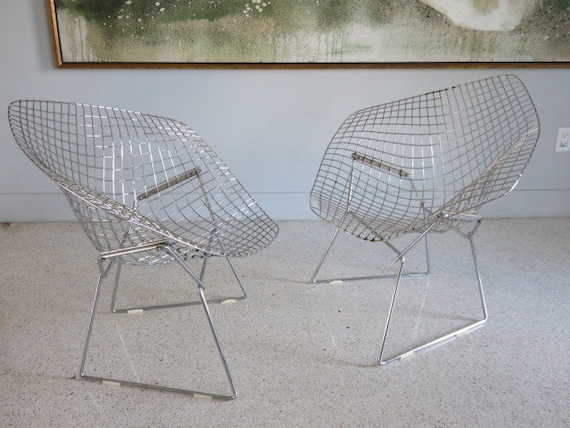 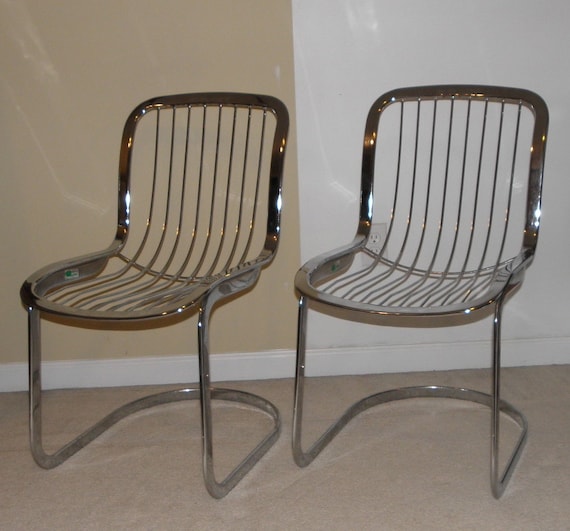